The Lost Hero by Rick Riordan is an interesting and exhilarating story to read about.  So, let’s take a look at what exciting events it has in store for us!

Looking at the title, who is this lost hero, and what is the problem?  How is he/she lost, and why?

Jason is having a horrible day.  He woke up on a bus full of kids and doesn’t even remember his own name, or age, or where he is from.  It would probably be the worst day of his life, but he’s not even sure if he’s had one, considering his memory failure.  After he realizes that his name is Jason (only after a girl beside him named Piper tells him, but he’s not sure if she’s right), Jason is confronted by two mysterious kids who call themselves Piper and Leo.  Both of them claim to be Jason’s friends, but Jason doesn’t remember talking to either of them.  His day gets even worse, some sort of storm spirit named Dylan turns the place into a fighting arena by attacking all of the kids – seeming to target Piper, Leo and Jason the most.

The trio encounter their worst enemies and face their worst fears yet as they soon realize that each one of them is the daughter or son of an ancient Greek god or goddess!  Jason is a son of Zeus, the god of the sky (and king of the gods).  Piper is the daughter of Aphrodite, the goddess of love, and Leo is the son of Hephaestus, the god of the forges.  But that doesn’t mean that they are gods – though it would have meant that if their other parents were gods, but no – they are Half-Bloods, otherwise known as demigods.  Their other parents are mortal humans.

My favourite part was when Jason, Leo and Piper get stuck in a cyclop’s home and nearly get eaten!  I like this part because I enjoy reading about Leo’s fire abilities that you will learn about when you read this text.

What happens next?  Will they survive, or will they die with the luck that most demigods encounter?  Will Jason ever get his memory back?  And who is this missing camper that the people at Camp Half-Blood speak of?  Nobody knows, but you will!  How?  Read The Lost Hero To find out!

A Book Talk by Kylie Lin 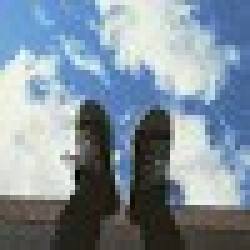 Latest posts by Kylie (see all)